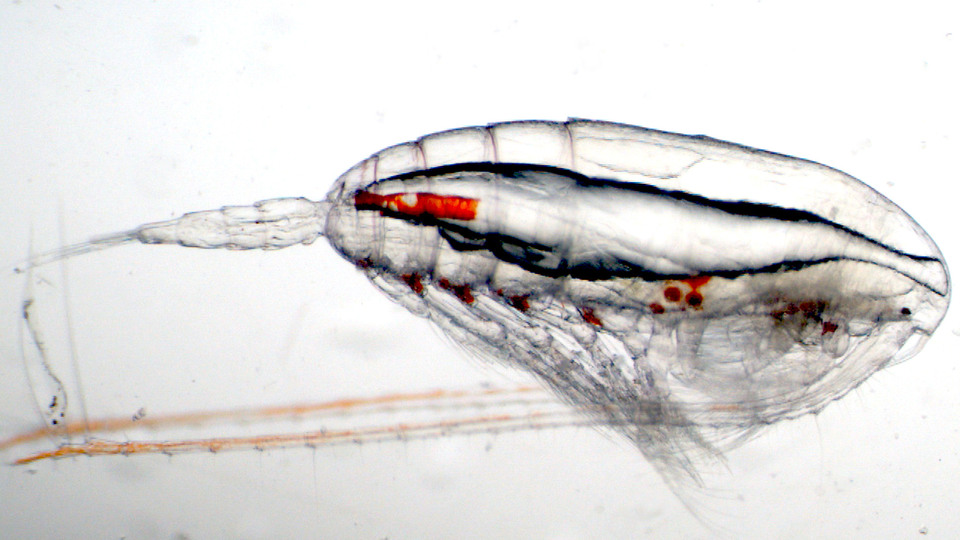 Emissions from ships cause serious disturbances to marine zooplankton

International requirements for reduced sulfur emissions from shipping have led shipping companies around the world to install exhaust gas treatment with so-called scrubbers. Pollutants that would end up in the air are instead released into the sea, with serious consequences for essential zooplankton. This is shown by new studies from IVL Swedish Environmental Research Institute and the Norwegian Polar Institute.

The installation of scrubber systems has increased dramatically in a short time and it is estimated that over 4,500 vessels are now equipped with one or more scrubbers. There are two types of scrubbers - open loop and closed loop systems. Both shower the exhaust gases with water which are then either discharged directly into the sea or first undergoes a purification step and then discharged.

The technology thus makes it possible for shipping companies to continue to use the cheaper bunker oil instead of switching to more environmentally friendly fuels.

Researchers from IVL Swedish Environmental Research Institute and the Norwegian Polar Institute have analyzed discharge water from both open loop and closed loop scrubbers and found that both contained high concentrations of, among other things, heavy metals and PAHs - despite some purification in the closed system. The scrubber water was taken from vessels operating in the North Sea.

Zooplankton of the copepod species Calanus helgolandicus was retrieved from Gullmarsfjorden on the Swedish west coast and exposed to different concentrations of the scrubber water. For comparison, zooplankton which was exposed to clean seawater also underwent the same procedure.

– In all tests with scrubber water we could observe increased mortality and inhibited or disturbed development of the plankton. The effects were already visible at levels as low as 0.04 percent of the water from the closed loop scrubbers and at one percent of the water from the open loop scrubbers, says Maria Granberg, marine ecotoxicologist at IVL Swedish Environmental Research Institute.

The control samples of the plankton that were not exposed to scrubber water showed no mortality. The tests were performed at Kristineberg marine research station.

The animals tested, copepods, make up about 80 percent of the world's zooplankton populations and hold a key position in marine food chains. Copepods are the most important food for many fish species' larvae and negative effects on crayfish also have negative consequences for many fish species such as cod and herring.

– Since many waterways run along coastal stretches where the marine environment is the most diverse, there is a significant risk of serious environmental effects, says Peter Thor, marine ecologist at the Norwegian Polar Institute.

The scrubber effluent is also released into the surface water, which is the main habitat for zooplankton, many fish species and countless larvae of invertebrates such as mussels, starfish and crustaceans.

The concentration of scrubber water in the sea can be calculated by using data on emission volumes and modeling of how the emissions are mixed and spread. At this point, there is a lack of knowledge on how far away from the shiplanes harmful effects remain.

– A German modeling study estimates that the levels in the North Sea and the Baltic Sea could generally reach levels that we see effects at in our study, says Peter Thor.

But despite the obvious risks, knowledge about the toxic effects of scrubber water is low. At present, there are only a total of three scientific studies that have examined the issue.

The decision to allow scrub cleaning despite this has been taken by the International Maritime Organization, IMO.

– The fact that scrubbers have been approved without a complete environmental impact assessment is aggravating, says Kerstin Magnusson.

Within the framework of a major EU-funded research project in 2018–2020, IVL investigated the environmental effects of open loop and closed loop scrubber systems and their ecotoxicological consequences. The new study is published in the scientific journal Environmental Science and Technology